Just knee-high when she fell in love with music, Keorapetse Kolwane always knew she wanted to one day be a performing artist and now added her skills as a songwriter, composer, bandleader and music educator. She completed a Diploma in Jazz at TUT and then completed her fourth year (BTech) at the Jazz and Popular Music Department of the University of Kwa-Zulu Natal. Keorapetse also works well as a recording artist, session vocalist, sideman, and lyrical contributor in various ensembles. She has performed at several well-known festivals including the Cape Town International Jazz Festival, Redbull Music Festival and Oslo Jazz Festival in Norway.

Daniëlla Hart is a consummate vocalist, composer and music educator who has found her deepest moments of joy through music. The Johannesburg-born artist studied at Tshwane University of Technology and graduated in 2017 with a BTech degree in Jazz and Popular Music. Her recent accomplishments include receiving second place in the UNISA National Voice Competition (Jazz category) in 2017 and also competing in the UNISA International Voice Competition in 2018. Daniëlla has been gigging professionally since 2013 and performed in bands with iconic musicians such as Karendra Devroop, Roland Moses, Peter Sklair and Sydney Mavundla, to name a few.

Palesa Malieloa, who hails from Kroonstad, obtained her BA in Music and Society at the North-West University’s School of Music and Conservatory Potchefstroom Campus. She has a number of past tributes under her belt, including winning first prize in the ATKV-Muziqanto singing competition in 2016 and the UNISA National Voice Competition in 2017. She was also a finalist in the Opera Crown Tbilisi International Voice Competition. More recently, Palesa competed in the Stanislaw Moniuszko and the Mirjam Helin International Voice competitions. Palesa is currently focussing on her Master of Performance studies at the Hochschule für Musik und Tans Köln, under Professor Josef Protschka.

Thembinkosi Magalula was the runner-up for the SAMRO Overseas Scholarships Competition for Singers 2019. This performance from the semi-finals is accompanied by Elna van der Merwe.

A MMus student in Applied Vocal Studies, Thembinkosi Magagula is currently furthering her skills in the Netherlands under the tutelage of professor Yvonne Schiffelers. Thembinkosi is known for her powerful portrayals as Susanna in Le Nozze di Figaro, Musetta in a production of Puccini’s La Bohème by the Nederlandse Reisopera and the aria Cunegonde in the Netherlands and in Portugal. Her many accolades include winning second prize in the 2018 UNISA International Voice Competition and securing a place in the semi-finals in the International Voice Competition in ‘s-Hertogenbosch, Netherlands. She also recently performed with dynamic professional Dutch orchestra Rotterdam Sinfonia.

A summary of winners of the SAMRO Overseas Scholarships Competition from 2015 to 2018.

View the whole final event of the SAMRO Overseas Scholarships Competition for Composers 2018.

Andrew Hoole - 2018 Winner in Jazz - Inspired by the Miles Davis and Gil Evans nonet of the cool jazz period, ‘Kind of Cool’ aims to capture the quality of this unusual crossover jazz/classical chamber ensemble.

Lise Morrison - Dololo. Dololo was composed with the mbira in mind - as if someone starts playing on an mbira and a group of instruments join in to imitate the sound and playing technique. The rhythm of the word “dololo” was a starting point and led to a series of half-syncopated, stretched rhythms in the ensemble, which tend to almost miss each other. Different colourations of a small riff modulates through the piece, with a specific use of silence.

Dylan Tabisher @ the finals of the 2016 SAMRO Overseas Scholarships Competition

Linda Sikhakhane @ the finals of the 2016 SAMRO Overseas Scholarships Competition

Sally Minter @ the finals of the 2016 SAMRO Overseas Scholarships Competition

Benjamin Jephta @ the finals of the 2016 SAMRO Overseas Scholarships Competition

Prof Njabulo speaks on Gerard Sekoto, the National Development Plan and other matters. 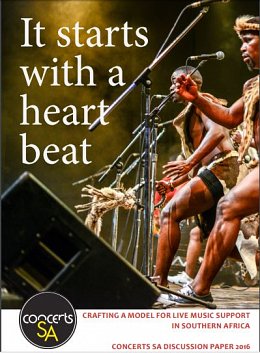 It starts with a heartbeat (2016) Concerts SA

Live music is good for you and good for cities, research says

If you listen to or play live music, you are likely to be happier and healthier! That’s one of the research findings showcased in the latest report on South African live music audiences published this week by SA-Norwegian live music development project, Concerts SA.

The report unveils new research conducted in collaboration with the Wits School of Arts in 2015. This provides up-to-date, detailed knowledge about what attracts audiences to live music, and what deters them. The research suggests local authorities have a key role to play in making live music more attractive and accessible. 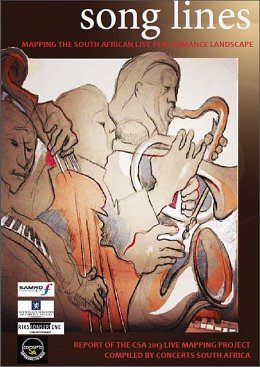 Live music is a key source of livelihood for musicians, and is often the ‘development lab’ in which content and performance are refined and perfected. In addition, while the digital revolution is making CD sales less important as an income stream, it is making live music more important, because every live show offers a unique, unrepeatable experience. Access to live performance should be a cultural right for all South Africans. It is also an enjoyable experience that can do many things: enhance awareness and creativity, light up our history and traditions, build solidarity and open debates. 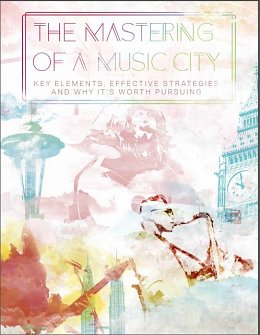 A Music City, by its simplest definition, is a place with a vibrant music economy. There is growing recognition among governments and other stakeholders that Music Cities can deliver significant economic, employment, cultural and social benefits. While music takes centre stage in this study, the findings and recommendations are relevant to almost anyone in the broader community. Are you looking to draw tourists to your city? Attract tech firms and the bright, young people they employ? Build your city’s brand? Think music! 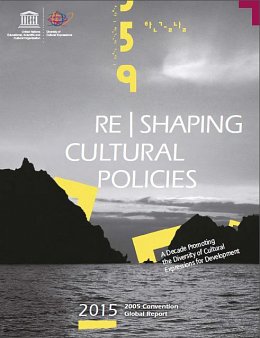 This Report presents the work of fourteen independent experts, as well as the Secretary of the Convention and the Principal Editor, who have analysed the implementation of the Convention on the Protection and Promotion of the Diversity of Cultural Expressions. Its purpose is to move forward the process of monitoring the Convention’s implementation that was put in place by a mechanism of Quadrennial Periodic Reports (QPRs) approved by the Convention’s Conference of Parties in 2011. The contributors have consulted the 71 reports submitted by Parties, but have also used data derived from other, non-official sources and have drawn upon their own expert experience. 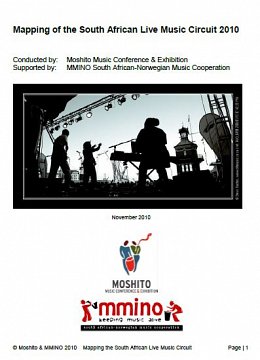 This mapping exercise aims to offer a preliminary “stocktake” as to the scale and scope of South Africa’s permanent live music circuit. Moshito (who conducted the Mapping) and MMINO (who funded it) intend that this modest venture can stimulate an understanding of this often-neglected “sub sector” of South Africa’s growing music sector and industry. 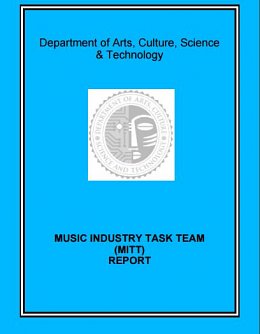 The MITT attempts to recommend strategies whereby both the cultural and economic potential of music can be realised within this context. 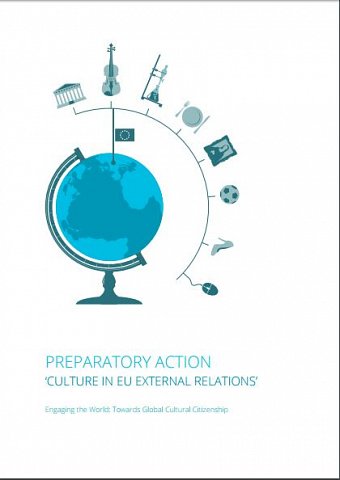 This report is the outcome of a sixteen-month inquiry that has been the centrepiece of the Preparatory Action ‘Culture in EU External Relations’. The inquiry covered 54 countries – the 28 EU Member States, the 16 countries included under the European Neighbourhood Policy and the 10 Strategic Partnership countries.2 It has uncovered a very considerable potential for culture in Europe’s international relations and has also explored the ways in which culture and cultural expression have been deployed already by European actors in multiple relationships with their counterparts elsewhere.

These European actors have included Member States, artists and other professionals in the arts and culture sector (often termed ‘cultural operators’ in EU circles), civil society entities devoted to cultural production and/or delivery, the business sector, and, to some extent, European institutions.

Fruits to Roots Presentation for the Music in Africa Annual General Meeting in November 2017.

Concerts SA presentation for the Music in Africa Annual General Meeting in November 2017.