No Musician is an Island: A panel discussion featuring Alexander Beets, Bokani Dyer and Concord Nkabinde 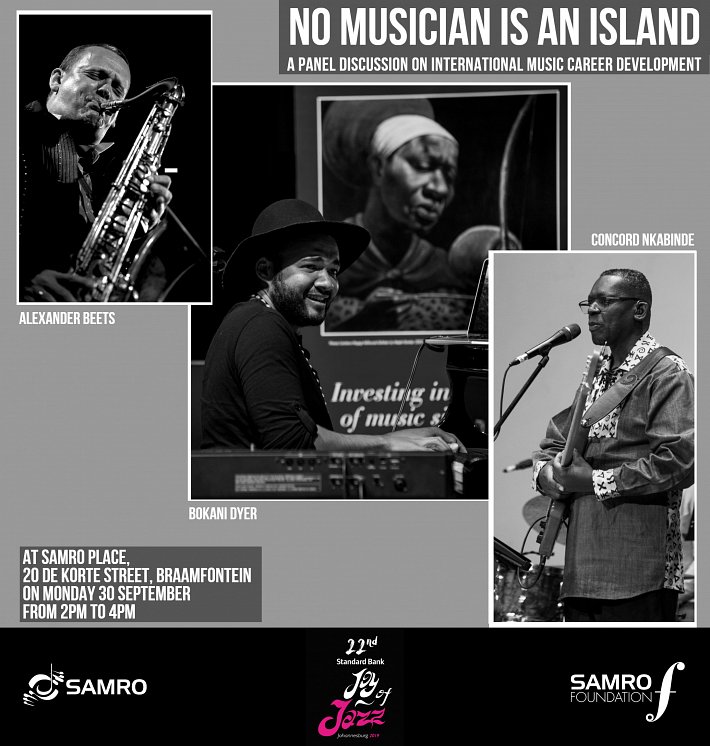 Join us at the SAMRO Building on Monday 30 September for a discussion on developing international relationships and careers in the music business.

We are honored to host leaders in the Jazz industry in the SAMRO Auditorium at 20 De Korte Street from 2pm to 4pm on Monday 30 September 2019.

Alexander Beets is a legend in his homeland, the Netherlands, Alexander is considered one of the world’s best tenor saxophonists. He received a rousing reception at the Standard Bank Joy of Jazz 2017 with his siblings Marius and Peter, the Beets Brothers. Described by the prestigious Downbeat magazine as “a world class Jazz act,’ the Beets Brothers have shared the stage in various combinations with a host of illustrious names in Jazz, including Jeff Hamilton, Curtis Fuller, Houston Person, Ronnie Cuber, Paulette McWilliams and Deborah Brown. He has given more than 2000 concerts around the world and played on more than 25 CDs and DVDs. Last year alone, Alexander gave over 70 concerts worldwide touring in Colombia, Thailand, South Africa, Spain and the United States. He is also heavily involved with the successful New York Round Midnight Orchestra. Since 2010, Alexander Beets has been a regular performer in Thailand were he plays together with saxophone legend Koh Mr Saxman, with whom he will be performing at the Joy of Jazz this year. Alexander has also hosted numerous artists, including SAMRO Overseas Scholarships Competition laureates, at the Rabobank Amersfoort Jazz Festival where he has played the role of festival director.

Composer, pianist, and SAMRO Overseas Scholarships Competition laureate, Bokani Dyer, has recently exploded on the international Jazz Scene. In April this year opened a European tour with his trio in Amersfoort and continued to in the UK in early May, including the legendary Ronnie Scotts. He has four albums under his belt - Mirrors (2010); Emancipate the Story (2011); World Music(2015); and Neo Native(2019). An interview with journalist Gwen Ansell can be found here. 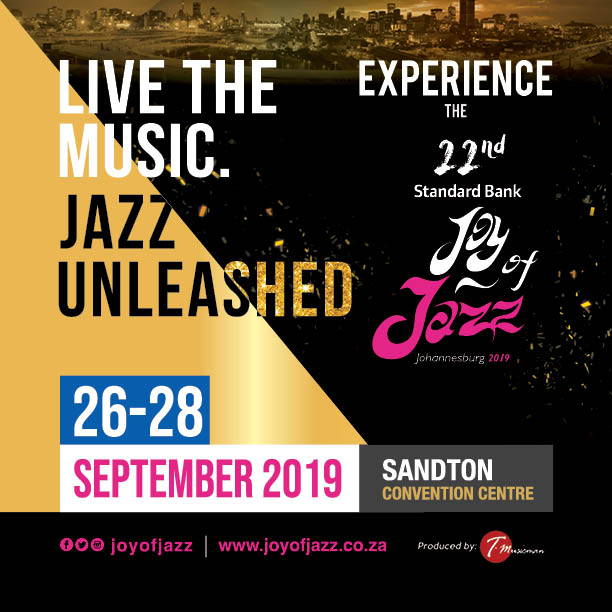